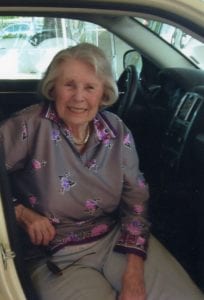 Edith Dunham was a maternal granddaughter of Elias M Johnson, founder of the Johnson Ironworks located in the Spuyten Duyvil section of the Bronx. Her father, Charles Wyatt Williams, served as Commissioner of the Bureau of Works under Mayor Laguardia. Her mother, the late Hope Johnson Williams, was beloved by the Riverdale community and beyond.cMrs. Dunham attended Riverdale Country Day School, graduated from Emma Willard in 1940 and Wellesley College Class of 1944 where she majored in zoology. She later worked at St. Luke’s Hospital in New York.

On September 27, 1947 Edith married William Putnam Dunham and they settled in Riverdale NY where she was active in the Junior League. Mr. Dunham was district sales manager for the Stokey Van Camp Honor Brand Products, an executive at General Foods, President of the Premium Advertising Association of America and later helped form and served as President of Dunham, Luttmann, and O’Brien, a specialty-marketing firm.

In 1955, the Dunham’s moved to Chappaqua, NY, where Mrs. Dunham was active as Treasurer of the SPCA of Westchester County, The Chappaqua Cub Scouts, and reading programs for youth in need and the Republican Party of New Castle where her husband served on the Town Board for nine years. They raised Susan Hope(Hopie), Sally, Bill Jr. and Ann along with countless animals ranging from turtles to guinea pigs to horses. In 1977, the Dunham’s moved to Ridgefield, Connecticut. In 1989, they moved to Bentley Village in Naples, Florida.

She and her husband spent active summers in East Orleans, Massachusetts where she was a supporter of the Nauset Heights Association and in the Adirondacks at The Ausable Club in St Hubert’s where her late husband served as President. Obituary of late husband WP Dunham, Sr.: http://boards.ancestrylibrary.com/surnames.dunham/827/mb.ashx?pn=1