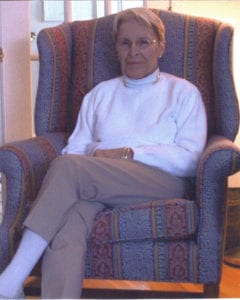 She was the wife of the late E. Robert Zenke. She was the daughter of the late Harold & Julia Knapp. She also leaves behind her brother Harold C. (Carol) Knapp of Chatham, MA. She leaves behind her step-children Elizabeth (Sam) Ball of Hamden, CT, Scott (Carol) Zenke of Farington, CT & Michael (Ellen) Zenke of West Hartford, CT. She will also be missed by her grandchildren, Scott & Nancy Zenke, Emily & Alex Ball.  She was predeceased by her stepson David Zenke.