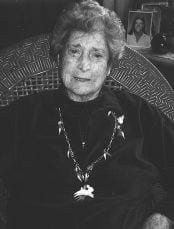 She was the wife of Arthur A. Howe. Mrs. Howe was born and grew up in Canajoharie, NY as the only daughter on the championship Guernsey cow farm of Judge Newton J. Herrick. She remembered the beautiful cow faces as well as the very long horse-drawn sleighs in the winter.

She graduated from Mount Holyoke College in 1924 with a major in art. She continued her studies at Pratt Institute, the Arts Students League in New York and in Provincetown. After marrying and moving to West Chester County, N.Y. she was a book illustrator, especially children’s books, for several New York publishers, among them Oxford, MacMillian and Scribners and Doubleday. This was the dominant period of American illustrators for the reason that typesetting had made printed material extensive but photocopy had not yet been invented. Illustrators were in high demand and her children can attest to the family adjustments that were made to accommodate her artwork deadlines. The children were often coaxed into posing as models.